From Cattle Rancher to Farmer... the Success Story of a Corn Producer

“How is a cattle rancher going to plant?” they asked Ernesto Ramírez. Ernesto had always helped his parents take care of the cattle on the farm and had worked in the family’s butcher shop; however he did not know much about agriculture. But he knew the countryside, he had grown up in it, and that’s why he was encouraged to start growing corn.

Read on to hear this Mexican farmer’s success story, and find out how Yara played a part.

“All my life I’ve been a cattle farmer. A few years ago, a friend realized that I had good lands here in Cuquío (Jalisco, Mexico) and suggested to me that I start planting corn, but I did not know how to do it”, recalls Ernesto. Fortunately, after his friend offered to help him, Ernesto decided to take the risk, and four years ago he became a corn producer.

“Our idea was to change the method of agriculture. People are used to doing everything by dates, and I think it’s better to do things when and how the plant asks you,” says Ernesto.

His secret is the passion with which he works his lands, and his motivation was to overcome personal goals and show people that he could achieve what they thought was not be possible. 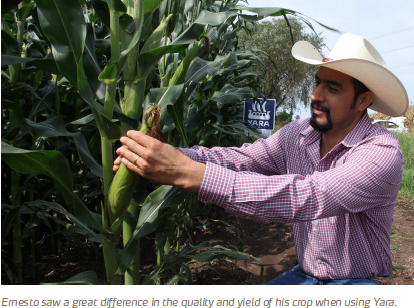 “My dad taught me that things have to be done with love to make them work, and that’s exactly what we do. For me, becoming a farmer made me overcome the challenges that other people thought were not possible: “how is a cattle rancher going to plant?” they asked me, and now we are demonstrating that it can be done”.

Ernesto currently has 95 thousand plants, to which he applies products from Yara’s Maize Crop Nutrition Program. “The first year we only used Yara on one area of the plants and we were delighted with the results. The difference was very noticeable: the stem grew up thicker and the root was deeper. Now I apply both YaraMila STAR and YaraBela NITROMAG. They do not volatilize so easily and have given me higher yields”. The first year he used Yara, Ernesto’s yields increased by 10%. The second year, his yields increased by 22%.

“For me, Yara is really worth it and I recommend it. If you do not want to take a risk, try it and see the difference”, is the advice Ernesto shares with other farmers. “Above all, I would like people to be motivated; to see that I managed to grow good corn, despite everyone’s doubts, and to know that they can do it too”. 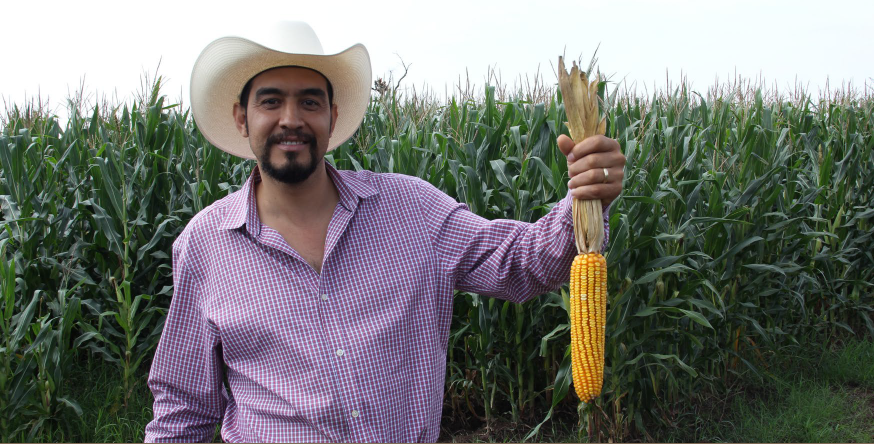